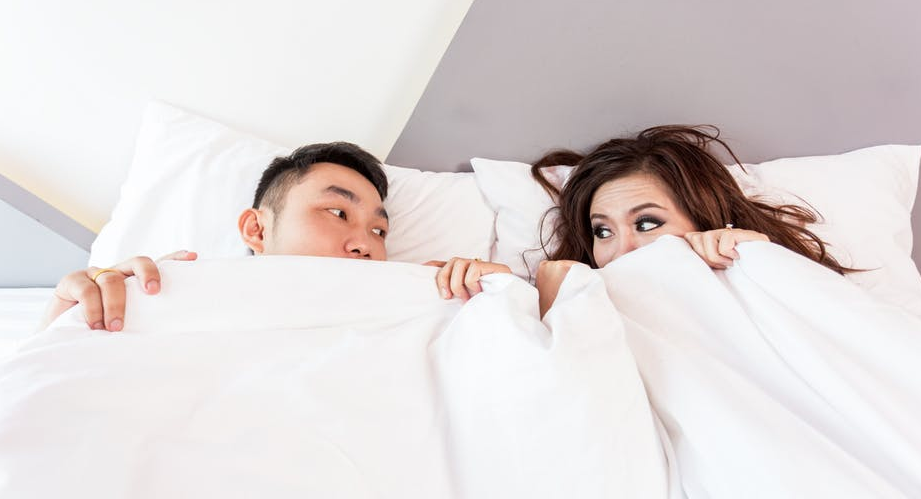 Homegirl describes her past experiences with an old flame.

I’m going to talk about a long-time hook up of mine, Keith. I’ve been chatting with him regularly again ever since I moved back home, and it’s been interesting. We have the type of relationship where we are friends, we can talk about anything, we find each other somewhat attractive, and we are honest with each other. But there is absolutely zero romantic chemistry or future between us.

There are only a handful of guys in my life who have stuck around and maintained contact with me throughout the years, and Keith was one of them. It’s interesting to see how our relationship has changed (is still changing) over the past 7 years. Damn it’s been awhile.

In my last post, I talked about Moving on the Unhealthy Way. One of my strategies included hanging out with an old hook up. I didn’t go looking for Keith, he just happened to be free, and I decided to hang out with him when he asked. I needed a distraction from my mess of life.

For years already, Keith and I have had awkward sexual encounters. I’m talking awkward AF. They’ve always been terrible. We first met in college when I went out with a bunch of friends to celebrate a birthday. Keith was the manager at that particular bar back then, and we ended up chatting at my table while my buddies were busy alcohol poisoning the birthday boy. We didn’t really hit it off, but I thought he was cute so we became Facebook friends. Since I was in the middle of moving apartments, I sent out a story blast the next day, “Any strong men willing to help me move? I’ll buy you lunch.” Not sure if Keith had other intentions (let’s be real now, he probably did), but he volunteered to help. Yay, strong men. Anyways, he spent the whole weekend helping me move my shit, and I guess the sexual tension between us was so impalpable that we ended up hooking up. Kind of.

The first time we hooked up, we were both sexually frustrated 21-year-olds who were going out with other people. He was with a girl he had been dating for 4 years, and I was in a new relationship with a playboy. Yes, it’s already been established that I have questionable morals. Anyways, even though we were both trying to control ourselves, we actually ended up in awkward half sex. Basically, we started kind of making out…not even.. more like lips hovering near each other’s faces.. Hmm. I guess it was more like intense touching and lips brushing, while our pants came off and his penis went inside.. ONE STROKE. Then we both snapped to our senses, we immediately stopped, and he rushed back home to his girlfriend. End of story one.

Our second encounter was over a year later, after I had already moved across the country. I was newly single this time, and so was he. The timing was right, so we tried giving it a shot and started flirting again. Kind of. He wasn’t very good at it. Anyways, we chatted for a few weeks up until I went back home to visit my family for a few days. I decided to stay the night at Keith’s since we wanted to actually hook up this time. We didn’t have any boyfriends or girlfriends making us feel bad. It was cold and snowing in Connecticut at the time, and we walked to the gas station to buy condoms.

Homeboy had amazing foresight and only bought one condom (sarcasm). When we got back to his place, I realized he had a cat. Dun, dun, dun. I’m very allergic to cats. Long story short.. he didn’t last that long, and it was too cold to go out to buy more condoms, so I just laid there.. in frustration.. AND THEN THE CAT ALLERGIES KICKED IN and I turned into a sniveling mess. Luckily I had some Benedryl, so I could sleep that night, blue tubes and all.

The next morning, we both woke up at fucking 6AM because…dun dun dun. The building next door was literally ON FIRE. That shit was burning down. I remember running down the stairs, past Keith’s hallway window that caught a bit of the flame. What?! We ended up standing on the sidewalk in front of his house while the fire trucks came. At least he held me to keep me warm. I guess that was cool. But bizarre as fuck. Sign from God that we just weren’t meant to be.

We met a few times a couple years afterwards as friends. We didn’t do anything because I was seeing someone, and he was too.

But recently was our third time meeting as singles (I was already single in my head since my ex and I had broken up terribly). It was supposed to be a quick friends writing session and some bubble tea, but my self control went out the window, and I went back to his place. I tried inviting my sister, but she was like, “Oh HAILLLL no. Sounds awkward AF. See you at home.” I have a great sister.

Keith ordered some Chinese food, I said hello to his dog (cat was gone), and we watched old episodes of Friends. It wasn’t until we started playing a new show on Netflix when we moved things over to the bed. He didn’t pressure me at all, since we’re friends and all.. but I guess I missed being held. Things escalated, and we ended up hooking up. Kind of. No condoms and we didn’t plan on it!

As we were leaving, I asked Keith, “Is it true that guys can be intimate with someone and not get attached emotionally?” He answered yes. Then I hit him with, “OK. Do that with me.” I hope I didn’t hurt his feelings. But seriously. Something had snapped in me. I felt a bit of guilt because I was technically still married. Even though it was a shitty, abusive, manipulative marriage, it was still a marriage. At the same time, I also felt liberated. Like I couldn’t go back now.

There was hope for me to move on. Just not with Keith, because he was my friend. The PERFECT friends with benefits. We cared about each other with no emotional attachment. We did what we had to do to get each other off. Friends do that for each other. Where’s my crying face laughing emoji?

When I got back to my apartment, I felt a little bit of sadness, but the moment was fleeting. For the first time since I moved back home from San Francisco though, I didn’t bother to check my spam messages, and I slept fucking well that night. Zzzzzzzz.