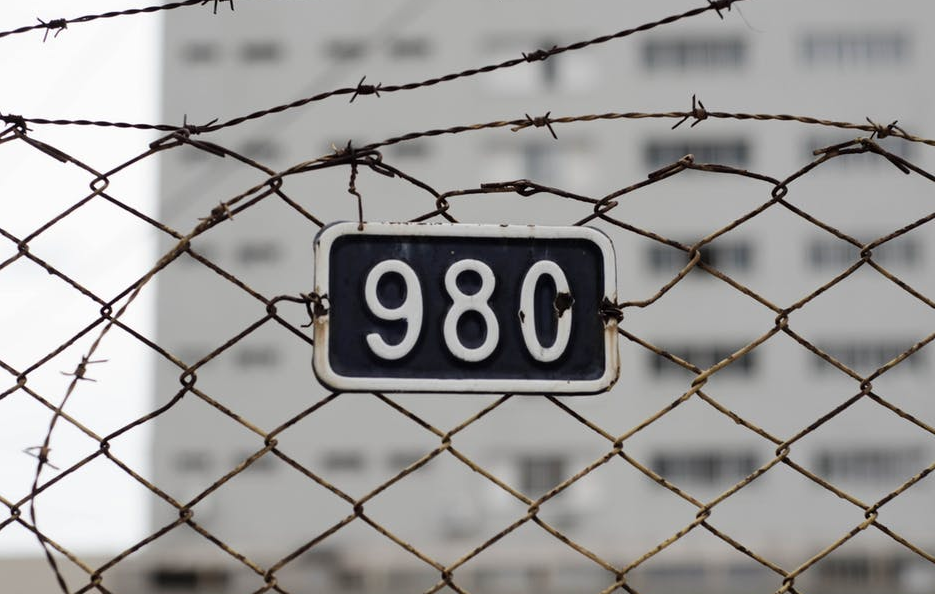 After no contact with her father in five years, homegirl and her mother decide to pay him a visit in New York.

My mother and I both stayed up all night and left the apartment at 5:30 in the morning to catch the first train. Out of all the double-seaters to choose from, she decided to make a bee-line towards the lonely seats in the back of the train, surrounded by empty soda cans and trash. I don’t understand her. We managed to catch the 8AM bus to New York and slept the entire way through.

When I woke up, we were on Canal Street, New York City. My mom asked me to input the addresses for our Uber, and to be honest, I felt a slight discomfort entering in “Federal Bureau of Prisons” as our destination. Our driver, the owner of a modest Honda Civic, was a nice young man named Shondelle. He asked if we wanted to listen to any particular radio station, to which I numbly replied, “No, we’re cool with whatever,” and closed my eyes as the latest Drake song started playing. I fell back asleep and opened my eyes as we pulled up to the building. “You just beat the rain!” Shondelle smiled and waved as he dropped us off.

I was grumpy. Perhaps it was from the lack of sleep, or perhaps it was because I held some resentment towards my mother for dragging me out here to visit my dad. I hadn’t seen him in five years since my college graduation.

For as long as I can remember, conversation had always been superficial between us, barely lasting over five minutes per meeting. Now, I had to spend two hours speaking to a man I hardly knew. Though I’ve watched popular prison comedies on Netflix and understood that many people make mistakes, I felt deeply ashamed that I was here.

A bearded inmate tickled his laughing son while smothering him with kisses. An older prisoner rapt in an intense conversation with his brother. A jolly fellow finished off his buffalo chicken wings while asking his kid whether his Jordan’s were authentic or not. A dolled-up woman bragged to her man that she stayed home, while her friends went out to the club.

In all the bustle, my mother and I sat with an empty seat between us in silence as we waited for my dad to arrive. After a few moments, I saw him. He gained some weight and rocked a salt-and-pepper buzzcut. He looked almost natural in his brown jumpsuit and Nike sneakers. I couldn’t bring myself to stand up and hug him, so I just took his hand and gently squeezed. I didn’t know this man.

My father sat next to me, “Meimei, why you so skinny?” With all the strength that I had, I muttered, “I don’t know…” and the tears began flowing down my cheeks. Great. Just great. I felt like every cliche loved one going to visit their family member for the first time. Embarrassing.

I watched my mother buy snacks from the vending machine as I wiped my face dry. I could feel my dad staring at me, but in this uncomfortable moment, he just took my hand. Between my own shit and his shit, I’m overwhelmed, but was relieved the attention was taken off me when the inmate eating the buffalo wings looked up and greeted my father, “Doctor Chong!”

What the fudge? My dad was definitely not a doctor. I had absolutely no memories of him tending to any scraped knees or broken bones. I wasn’t even going to ask about that.

I decided to share more about my own life and be direct with him for the first time.

“So I got married,” I volunteered nonchalantly, “and I didn’t tell anyone.”

“I fell in love and didn’t realize he was crazy.” I gazed down at the floor, dejected, “I’m getting the marriage annulled.” The entire room was bursting with laughter and gregarious voices, but the silence between us was impalpable.

“You know, if this was in China,” he searched for the right words, “if you got marry in China, this would be bad.” Still not a reprimand, but I guess it was the truth.

My mom returned with a bag of Doritos and two cups of Yoplait. My dad eyed these snacks, picked up one of the yogurts and said, “Eat. You too skinny.” I shook my head because I wasn’t hungry. My mom opened the chips and slowly began munching away.

“In Chinese, we say, ‘Good looking guy cannot eat.” My dad gently tore off the yogurt lid and began eating, “For a husband, he must have good heart, good to you, good to people, good to himself and stable job.” I gazed blankly ahead, taking in what he just said, mute.

Growing up, my dad did his business elsewhere, and my issue was that he was never present as a father. Sure, my friends had fathers they weren’t particularly close to, but they always came home everyday. Mine didn’t. On the rare occasions he showed up, he was either passed out after a drunken haze, smoking cigarettes in the living room–regardless of the “no smoking” signs my sister and I plastered around the house, or making bets on the latest sports teams.

The man I was listening to now was old and weary. It was a departure from the man I grew up with. I remembered one particularly snow-flurried morning when I was thirteen-years-old, after missing the bus, I begged my sleeping father to drive me to school. The words he said to me were, “I don’t ask you for anything, so don’t ask me for anything.” My mother ended up calling a cab for me to get to class, and I never tried waking him up again.

Finishing up his second cup of Yoplait, he snapped me out of my reverie. “Daddy was not a good person. It’s why daddy is in prison.”

I really wanted to ask him if he changed now. I wanted to ask if he learned his lesson and if he would get his shit together and be a good person for the family. I wanted to scream at him for all the monstrous crimes he did over the past couple decades. I wanted to tell him that if he couldn’t do that for his daughter, he wouldn’t have me anymore. Instead, I asked, “What are you going to do when you’re out?”

“I’m going to work at 4th uncle’s restaurant, then I’m going to start my own restaurant. Or maybe do real estate with my friend.”

“I hope you do it legally.” I muttered, still avoiding eye contact.

“I learned my lesson. Of course” He turned to chat with my mom, who’s been quiet the entire time.

It was pouring rain when my mother and I left the facility. We grabbed another Uber back to Chinatown and bought tickets to go back home.

I checked my spam email and blocked messages on my phone and saw that my estranged husband, Pierre, had left a few messages. They were all encouraging, loving, telling me that he missed me and to come back home. He sent me pictures of our dog and emailed that he was very proud that I went to see my dad.

One email went, “You only have one dad in your life, and you are very lucky that yours is still in your life. I know your dad is very smart, and in the future, I can give him power, and we can make a lot of money together. I know, I’m psychic.”

Ladies and gentlemen, meet my husband.

Per my mother’s request, we snagged two seats on the third row of the bus. For the first time since we’ve been separated, I sent my husband an email that I would consider coming back home, and I slept the whole way back to Connecticut.